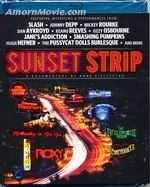 Sunset Strip, a feature length documentary that premiered at South By Southwest, is an outrageously colorful and sometimes sordid account of the “Blvd” that has embodied the culture of Sex, Drugs, and Rock’n’Roll throughout the world for the better part of the last century. The mile and a half strip of road where dreams are started, chased, displayed, ignored and go to die is memorialized on-screen by a grand list of celebrities including Johnny Depp, Mickey Rourke, Keanu Reeves, Dan Akroyd, Tommy Lee, Sharon Stone, Ozzy Osbourne, Dave Navarro, Alice Cooper, plus over 40 other celebrities. Music, comedy and culture worldwide have been influenced by the acts and stars that have called this world famous trip their home, and this film, much like the “Strip”, will leave an impression on all those that have a opportunity to see it.