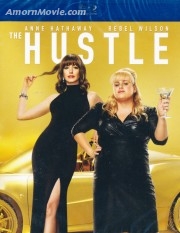 Two con artists, sophisticated Josephine and abrasive Penny, meet on their way to the French Riviera to find rich men to swindle. They initially work against each other until Penny asks Josephine to take her under her wing, and teach her how to con the way she does. It works at first, but the two then compete to trick a rich tech wiz, Thomas Westerburg.

Penny begins to fall for Thomas when she sees that he is a nice guy who wants to create a new app. In the end Thomas tricks both women into giving him money for his app, revealing himself to be the grandson of a notorious con artist named Medusa.

Thomas meets the ladies again sometime later and proposes that they become a team. They agree.